My idea of a “good deal” for everyone started a short time after I launched Paychex, or Paymaster, as it was first named. Originally, I had no intention of providing payroll processing services outside of my hometown, Rochester, in upstate New York, but an ex-colleague, Phil Wehrheim, from EAS approached me and asked to partner with me; we struck a fifty-fifty partnership deal (without lawyers), and he opened offices servicing Buffalo, Syracuse, and Albany. Then Chuck Wollmer, the employee of a client, came to me wanting to get in on the action. I was happy to offer him a partnership, but he wanted a franchise. That was how we started to grow into more than a small local business.

Making it a good deal for everyone was at the heart of Paychex from the beginning. It was ingrained into the company’s corporate philosophy, it made sense, and it was important to me.

For this reason, I feel it’s important to share what I know about making a good deal, or negotiating. I’ve always believed that if you can manage to negotiate a deal both sides feel good about, or at least think is reasonable under the circumstances, then it’s a win-win, and win-wins can lead to long-term relationships.

Here are some pointers:

But humor only works if you’re committed to the other tenants of no-nonsense negotiating. As my new book Built, Not Born: A Self-Made Billionaire’s No-Nonsense Guide for Entrepreneurs explains, that includes being sympathetic to the other party’s situation, being cautious a bout working with vendors, and winning graciously.

Paychex Founder, Tom Golisano shares the hard-won lessons from his entrepreneurship journey in Built Not Born, a guide to growing a company to any size by going against the grain like he did.

Jun 24, 2020 4 Steps to Ensuring Effective Leadership Effective leadership comes down to four steps an owner, CEO, or senior manager needs to nail:… Read More
Jun 17, 2020 Integrity and Respect, the Foundation of Business – An Excerpt from Built, Not Born. In my opinion the best businesspeople exhibit a deep-seated integrity. They respect their employees, their customers,… Read More
May 28, 2020 When Should You Consider an Exit Strategy? Firstly, when to step down is completely up to you. There will be dozens of factors… Read More 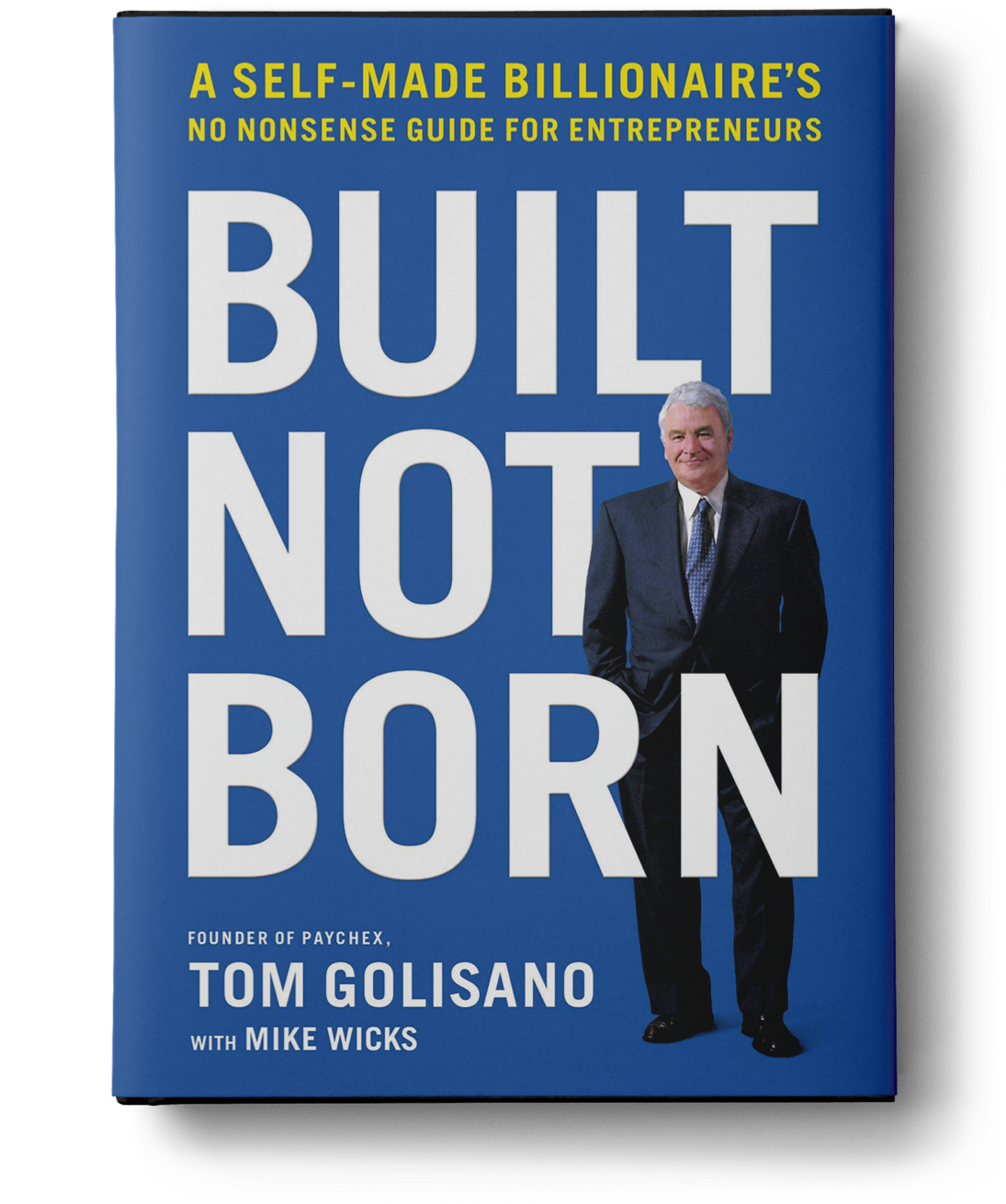